Another Exciting Episode of "Medical Mysteries"

Recently, my health has been a bit tricksy: my Reynaud's Syndrome has been acting up in the evenings, not just when it gets really cold outside; I have a low-grade headache almost every day, beginning about 2 hours after I wake up; I'm now intolerant to milk; and my the left-hand gland in my neck - the one just below the jawline, you know where - is swollen and tender as a... um... tender gland.

So I went to my internist at the Baylor Healthcare Cartel, today to calmly present her with a laundry list of bothersome symptoms - including inability to comprehend and remember information like architectural theory, severe fatigue coupled with an inability to sleep, etc. - and she sat there for a minute and stared at me. Just stared.

I then informed her that, when I was tested for celiac disease by my neurologist over  year ago, I tested negative. But OF COURSE I would test negative, because - in order for that test to work - the tested person has to be consuming gluten, something I had ceased to do some two months prior to the test. (I almost referred to myself as a test-ee, but that just sounded wrong, particularly when used in the plural).

After the little "IgA test doesn't work if you're not eating gluten" discussion, she decided to send me to a rheumatologist, because she's stumped. Also, it would be incredibly harmful to my health if I were to begin eating gluten, again, in order to take the IgA test, so that's out of the question. 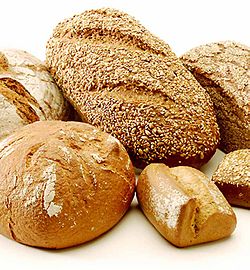 As soon as the doctors' lunch break is over, I will be calling to book an appointment with the rheumatologist she recommended - who is not part of the Baylor Healthcare Cartel. Because they're apparently too busy for new patients, right now, and she wants me to get into the doctor ASAP.


I'll be very happy when this particular episode of Medical Mysteries is at an end.
Posted by Strained Consciousness at 1:03 PM No comments:

A Song of Ice and Fire: (Guilty) Book Review

When I was working, this summer, my coworkers were all agog over the TV show A Game of Thrones. I felt a bit left out, as well as intrigued. Every so often, while wandering the aisles of Barnes & Noble, and I would see the series and ponder picking up the book to look at its synopsis.

But then, you know, it's about dragons and imaginary worlds and sorcery and stuff. And I'm too cool for fantasy novels. (Apart from YA fantasy novels. And The Lord of the Rings. And Harry Potter.)

Fortunately, according to one reviewer, A Song of Ice and Fire (the epic saga on which the TV show is based) is a fantasy series for people who don't read fantasy series serieses serii books.

Long story short, I've read the six books that have so far been released, and I seriously hope Mr. George R.R. Martin doesn't die before he gets around to writing its final volume(s) because I seriously need to know how this ends. I need closure!

When I started reading the series, I was unaware that it was a) unfinished; b) unfinished. After waiting seemingly eons for JK Rowling to finish the Harry Potter series, and continuing to wait (still) for Margaret Atwood to finish the MadAddam trilogy, I didn't think I could stand another unfinished series.

Heck, I still don't know if I can stand it. Quite frankly, it's killing me. So, if I unexpectedly kick the bucket, you know who to talk to (Mr. G RR Martin).

The series focuses on the race to rule in the land of Westeros, ruled by a "pretender" to the throne. After a series of unfortunate events, civil war breaks out with multiple men claiming the throne, along with one young girl (woman? I don't know. She's married, but she's also, like, 14) who is the sole remaining descendant of the pretender's predecessor.

The book is, in many ways, tawdry. There's lots of gratuitous sex (with dwarves! with mutes! with siblings! with parents!) but after a while, you become kind of immune to the sex scenes.

Mostly because there's one every three pages, or so.

It's guilty-pleasure reading for people who got fed up with the characters in Fifty Shades of Grey and chucked the book across the room within the first five pages (because we needed more books with characters who have no depth and terrible dialogue).

But along with the guilty-as-charged pleasure side of it comes the scratching your head confusion of it.

The characters change. That dwarf you hated at the beginning of the series? Yeah, by book #4 - A Feast for Crows - he's one of your favorite characters, and you're rooting for him to live, to survive and somehow stick it to the rest of his family.

The stuck up daughter of the badass lord who treats her little sister like poop? You realize she's just not very smart, but smart enough to keep her head attached to her neck, and resilient enough to deal with whatever is thrown at her, be it an abusive fiance, or a murder, or her own confusion because she can't quite figure out if Guy 1 is evil, or if he's really a good guy who covers his goodheartedness up with a bad case of the blue meanies.

Now I want to reread the series.

I hope you're happy, blogosphere.
Posted by Strained Consciousness at 8:34 PM No comments:

Can we just go ahead and agree that I'm contrite for not having blogged in so long?

Now that that's over, let's get down to the reason for my absence: migraines.

Okay, so migraines, layered with work and school, but still: migraines.

They started back at the end of June. Up until that point, I'd had maybe 2 or 3 migraines per month. For most people, that would be a catastrophic amount of migrainage, but for me, it was pretty darn good.

And then... I don't know what happened. I began having multiple migraines per week, first on Tuesdays, then on Tuesdays and Fridays (so I missed work on Tuesdays, but "fortunately", my second migraine was on a day off). And, eventually, pretty much every day whenever my brain felt like it. Except for Thursdays. Usually not Thursdays.

Long story short(ish): I ended up having about 4 migraines per week. Something had to give, what with starting back to school (and missing school) and having to work, and not being able to control the migraines (and nausea. OH MY GOSH the nausea!). So I quit my job.

I had decided that I would be cool, just explain to my boss, give my two weeks' notice. I practiced so I wouldn't cry. 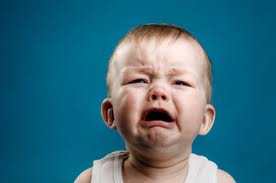 Of course, I cried. But they were nice and didn't make me finish out the two weeks, since it was for a health problem.

The migraine situation is still kind of dicey (I haven't had one since Friday, and it's a Thursday, so there's hope!). I'm seeing a new neurologist in Houston who I like, and he confessed that he had no idea what to tell me, since I seemed to be doing everything properly: no gluten, limited processed foods and refined sugar, minimal caffeine, no HFCS, if I can help it. I'm monitoring my sleep habits, computer time, what I eat each day, what I drink, and any symptoms I have. I take magnesium and a Vitamin B complex and Vitamin D and iodine (because I don't cook with iodized salt). I even take cod liver oil after dinner (lemon flavored to cut the fishiness, naturally).

So, yeah, he had no idea what was causing the migraines. I hypothesized that it might have been increased dairy intake, since my latte and ice cream consumption was off the charts for a while, there. As a result, prior to my first appointment with my new neurologist/best friend, I had already abandoned the consumption of milk, including a painful parting with the ice cream aisle at Whole Foods, and sacrificing my morning mocha latte. 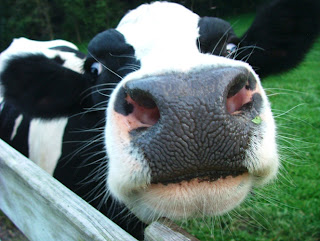 Hopefully, along with my abandonment of dairy will come a return to what I consider to be my "normal size."

See, I gained weight after I stopped working (really, before I stopped working, but after the migraines started and I was less willing to push furniture and constantly pace the sales floor). Because I don't eat gluten, the places I gain my weight have changed.

I used to gain weight "like a boy": in my stomach and love handles.

Post-gluten, however, I tend to gain weight where women are stereotypically supposed to gain it: hips, bum, and - ahem - boobies.

For some unaccountable reason, I still don't gain much weight in my legs.

For my 30th birthday (this coming Sunday!), my parents gave me the funds to purchase a suit for job interviews, come March. I found a suit shape I really liked.

I bought the jacket in-store - where I discovered that I am a size 2 suit jacket at J. Crew.

The pants aren't sold in-store, however, so after a bit of a run-around, I finally got the new pants today.

Because of my lovely womanly derrier, I am a size 6 in the pants. But my thighs are still a size 4.

I know, silly to complain. But this means that I am going to have to have the pants altered to fit properly (not surprising). I would have taken the pants to the tailor, regardless, because pockets on slim-fitting pants are always visible, so I have them removed on pants and skirts that I wear for work. My tailors - a slew of them from Dallas, and now my Houston tailor - are used to the request.

This time, however, there will be the added requirement of taking in the thighs and, possibly, the calves of my new suit pants. 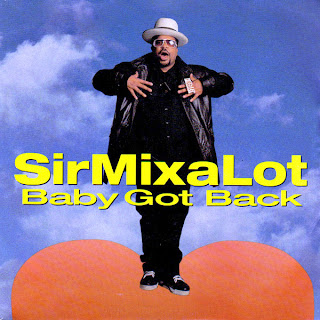 Posted by Strained Consciousness at 3:43 PM No comments:

Labels: clothes, girl you have no faith in medicine, neurologist best friend, this is why we need healthcare reform, you say it's your birthday
Newer Posts Older Posts Home
Subscribe to: Posts (Atom)