You'll Never Guess Where You Can Get a Migraine 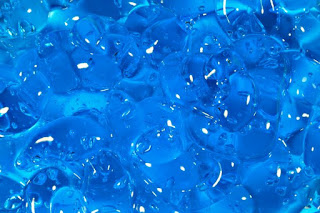 A few weeks ago, I went to an Ear/Nose/Throat doctor on the advice of one of the other members of my Stable O' Docs. The ENT seemed a bit confused when I told him why I was there - minor sinus discomfort in my left sinuses and chronic migraines - because he'd never had someone come in to see him for migraines.

So he looked at my sinuses, and informed me that the inside of my sinuses was completely clear*, but they looked dry. So, no infection (which I'd suspected, because: no drainage). He sat and looked at me with his head cocked to one side, but instead of smiling (and resembling a dog expecting a treat) he frowned.

"Chronic migraines? Hm. I think you're having a migraine in your sinuses."

Apparently, the trigeminal nerve (which is often incriminated in migraines) splits and runs down your face alongside your sinuses and into your jaw: thus the reason a lot of migraineurs have TMJ. But it can ALSO cause pain in your sinuses, and is, in fact, part of your migraine. Or, if it's a "mini migraine" day, it can be the whole migraine.

So you now know something else about migraines, which I apparently experience in my nose, now.

As a way of helping me, the ENT told me to go buy a product called Ayr, which is a gel made specifically for use in and around the nose. So I did, and now I clean my nose in the morning with a Q-Tip, then use another Q-Tip to apply a coating of Ayr inside my nostrils.

The first time I did so, I didn't really check to make sure I applied it carefully - it was more of a dab and dash kind of thing.

The second time, however, I checked before I left the house, and then before I went to run errands post-breakfast.

I had something gray-ish blue on my face. I wiped it off, and it was sticky and kind of... gel-y.

Apparently, the Ayr doesn't stay exactly where you want it, but will migrate around, a bit, leaving you with the appearance of someone who stuck blueberries up her nose and is reaping what she sowed (or stowed or shoved).

So that's a new thing to be aware of.

*I also have a seriously deviated septum, which explains why I assumed my right nostril was constantly stopped up, and will probably require surgery in the near future, and may be contributing to the pain in my left nostril/sinus because of the increased volume of air flow passing through that one nostril.
Posted by Strained Consciousness at 2:39 PM No comments: