Last Round of Reading (for fun) For a While

Vol. I is history, already.

I read an interesting study of Arthur Conan Doyle's relationship with Harry Houdini (the two were, at one time, very good friends and regular correspondents), and it roused my interest in good old Sherlock Holmes. The last SH story I read was probably in middle school, and it was The Adventure of the Speckled Band. It was a good read at the time, and thinking back on it, I decided to explore some of the World's Only Consulting Detective's work.

I duly went to Barnes & Noble and bought Vols. I and II of their in-house published Collected Sherlock Holmes. Two volumes, over 1600 pages, for $16. Not bad. And not as horribly proofread or copy-edited as I'd expected (except I have a hunch that that one "sonic" should have been "some", and their scanner messed up).

I'm thoroughly enjoying good old Sherlock's adventures. I'd forgotten that they were told from Dr. Watson's point of view.

I'm also remembering some of the kerfuffle that sprang up when the first Guy Ritchie Sherlock Holmes movie came out a couple of years back. Some people were up in arms because Robert Downey Jr's Sherlock is a bit more rough and tumble than that of Basil Rathbone. Downey/Holmes is a more flawed, more frenetic character than that of suave, sophisticated, cool and calm Mr. Rathbone.

The thing is, the Sherlock Holmes in the stories is not so much a gentlemanly guy. He's essentially incapable of normal human relationships because of his genius (one of the reasons he clings to Watson so desperately). He boxes for fun, and with fellows who aren't of his social caste. He shoots up cocaine because he's bored. And Watson describes him as going into something of a frenzy when he's on the scent.

It's interesting, because I found Downey's version of Holmes much more interesting then Rathbone's. Good to know that Mr. Ritchie brings out the ferociousness of Holmes better than his predecessors.

All this being said, I enjoyed the first volume more than Doyle's later stories. It's understandable, I guess, since ACD was sick and tired of writing Sherlock Holmes mysteries - which he viewed as literary trash - and went so far as to kill off Holmes in one story, hoping that his publisher would quit hounding him for more stories. He eventually brought Holmes back to life, but the stories afterwards lack the joie de vivre of the earlier works, before ACD grew completely disgusted with the monster he'd created.

The best thing about the Sherlock Holmes stories? They're interesting, but not too interesting. They hold my attention enough that I'm not throwing the book across the room in disgust, but they're not so compelling that I stay up past "the point of no return," sleep-wise. I don't try to soldier through my exhaustion (as I so often do), but instead take a more "ho-hum. I'll see if Holmes survives, tomorrow" approach.

Music to My Ears 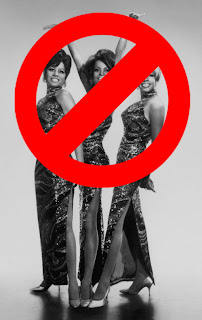 A few weeks ago, I was telling my sister about listening to some of the Oldies but Goodies in my music collection. I can't remember exactly what started the conversation, but I got to talking about songs by Sam Cooke, The Temptations, The Four Tops, Frankie Valli, Aretha Franklin: the music we listened to growing up. My dad mostly introduced us to the glories of music from the 60s while on car trips.

She asked me if I would make a mix CD of songs for her and my niece, and I've been working on it ever since.

My niece is now somewhere in the neighborhood of 18 months old, and she loves dancing (particularly to Tejano music, with its polka beats and rockin' accordions). I decided I would make two CDs: one for my sister with all those fabulous old love songs, and one so my niece could have a rollicking good dance party.

I just finished the two CDs, and I have to say that the one for my sister was much easier.

Why was the CD for my niece so difficult? Because I listen to songs' lyrics.

I had initially included several songs by Diana Ross and The Supremes on the CD, but when I went back and listened, their lyrics were not the light-hearted love songs I remembered them to be.

Diana Ross repeatedly sings about giving up all of her friends and making her family sad so she can be with some guy who doesn't care about her, who has broken up with her, in fact, and who she's pining away for.

That is not the message I want my niece to hear, even if music is, at present, just something to bop to while she eats eggs and ham at Goode Company Taqueria. (You should see her "Ham Dance": it's adorable!)

I've been pretty lyric-aware since high school, when I realized that my mother was paying attention to what the people in my music were singing (even if I wasn't). She was open-minded about Metallica, but not so much about Rob Zombie, which was completely understandable. It's kind of strange to be on the other side of that situation: paying attention to lyrics so that my niece - the love of my life - doesn't grow up thinking that she should be an emotional slave to any man.

Strange how a baby can change your perspective on things, even when the baby isn't yours.
Posted by Strained Consciousness at 6:07 PM No comments:

I read a book about the diamond trade (called Precious Objects), and one of the men featured wore a necklace with the letters TCB on it, an acronym for Taking Care of Business.

I've been taking care of A LOT of business, since my return to Houston. I've been organizing like a ninja (ninjas are very organized, in case you didn't know), unpacking bags from my 3-week sojourn in Dallas, and restocking the old pantry with everything I could possibly need for the upcoming semester.

I also notified the office of my apartment complex about a sizable rat inhabiting a hidey-hole in the breeze way.

By the end of the week, I plan to have made gluten-free bison meatloaf to freeze, spaghetti sauce, and spaghetti squash (also to freeze). My unusable/broken scanner will be taken to a recycling facility, and the faded clothes I no longer wear will find their way to a Goodwill drop-off station. My apartment will be sparkling clean, from top to bottom, and my allergies will probably be raging as a result.

I will start this semester off properly. I will be ready for anything the professors throw at me.

No, really. I will.
Posted by Strained Consciousness at 1:20 PM No comments:

The Finkler Question, by Howard Jacobson 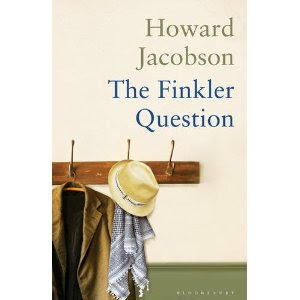 The Finkler Question is yet another book from The Economist's Best Books of 2011 issue. The back cover describes it as "a funny, furious, unflinching story of friendship and loss, exclusion and belonging, and of the wisdom and humanity of maturity."

Pretty well sums it up, even if it doesn't exactly go into particulars in any way, shape, or form.

A few things to note, if you care to rush out and buy The Finkler Question: it deals extensively with the conflict between Palestinians and the Israeli government. I already had a pretty set idea of my beliefs, in regards that conflict, and they're not fundamentally changed after reading the book, but it definitely gives pause for thought.

Barnes & Noble Review warns that the book "will probably distress you on its way to disarming you." The story deals with modern Jews living in England, and their perception of events and issues shaping the Palestinian conflict, as well as the views of other countries. Secular and religious Jews face off, and there is even a case of a "hate crime" committed by one Jew against another.

The Finkler Question discusses the conflict in intensely humanizing and personal ways, and though it is at the heart of the story, it is only one of the topics addressed. The universal need for love and acceptance and belonging, the battle against the personal history that shapes each and every human being, and the failings of friends as new interests arise all confront the reader throughout the engrossing novel.

I definitely recommend it.
Posted by Strained Consciousness at 12:01 PM No comments:

The Forgotten Waltz: A Novel, by Anne Enright 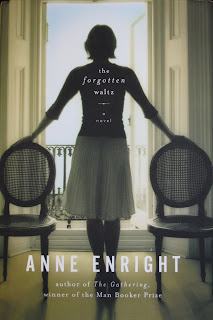 One of my favorite editions of The Economist each year is their summary of best books of the year. This year, I picked out the titles I thought sounded most promising and duly created a list on my iPhone so I could be prepared when I next embarked on a book buying binge.

Unwilling to wait for books to arrive in the mail (and having been tipped off by my mom that I would be receiving gobs of books for Christmas), I went to the book store. Of the twelve books I noted in my digital list, Barnes & Noble had exactly three in stock. That's three books out of the multitudes of books declared as "must reads" by one of the most respected news magazines in the world.

The manager looked none too pleased when I commented on the fact (but then, I don't believe he knew what The Economist was, as he assumed a puzzled expression, so...).

The two books I decided to buy were The Forgotten Waltz by Anne Enright and The Finkler Question by Howard Jacobson.

Today, we will address The Forgotten Waltz.

I like Ms. Enright's style of writing. I will say that much. It is spare, and intriguing - mostly because the paucity of detail leaves the reader wondering about certain events that go unremarked... unless I just forgot about them - and in its austerity is beautiful.

The story, however, left me a bit cold.

I wanted to like the book so very much. Really, I did.

The heroine is described as "flawed and unforgettable" on the book jacket, which might lead the reader to think that she will be someone you empathize with, whose choices you support.

My main issue with the character and her love interest (a different person from her husband, natch), is that they don't try to address the problems in their current marriages (yup: double adultery), but instead have an affair, heedless of the damage it might do to the other people involved, particularly her love interest's adolescent daughter.

Most of the novel - told from the main characters point of view - is spent trying to justify herself to the reader, her family, her friends; trying to convince us that she had no choice but to have an affair.

I'm not a close-minded person, where extramarital relations are concerned. I can see where an extramarital affair might be justifiable, or at least understandable. In this case, however, the affair seems unnecessary.

Granted, there is some satisfaction at the end of the book, when the heroine is trying to make herself seem less of a house-wrecking witch in the eyes of her lover's child. She points out that "it was going to happen one way or another. I mean it could have been anyone [breaking up your parents' marriage.]" To which the child answers truthfully, "But it wasn't... It was you."

At least, in the final exchange of words between home-wrecker and home-wrecked, the heroine is not able to escape from her culpability. Small relief.

(Also, I couldn't figure out why the book was entitled The Forgotten Waltz. Maybe I just missed something. It's probable. But the title seems unrelated to the events, seeing as not much of the heroine's affair is forgotten, and there is very little waltzing (as in, none) in the book itself.)

There are books I keep forever, and books I give away or sell on to used book stores.

This one will go to Half Price Books sometime in the very near future.
Posted by Strained Consciousness at 5:11 PM No comments: