"The Cat's Table" by Michael Ondaatje

I have not read The English Patient, but it should arrive in a couple of days, so I guess I'll just have to be patient (wah-wah). My mother, however, in a wonderful act of literary enablement purchased two books for me about a month ago.

Studio is over. I have one final exam. Let the reading begin!!!!!

Yesterday (Tuesday, Nov. 29), I had a migraine, most likely caused by a serious lack of quality sleep prior to my final project submission in studio and the sudden draining of adrenaline from my system, ditto. I stayed in bed all day and subsisted on gluten-free blueberry waffles and Greek yogurt and hot chocolate.

And I read, Dear Reader! Oh! How I read!

I read Michael Ondaatje's The Cat's Table, which has been sitting on my bookshelf for weeks, beckoning me with its come-hither book-jacket, seducing me with the promise of what lay hidden beneath said book-jacket, and occasionally falling to the floor in a pathetic bid for attention. After playing hard to get, I finally succumbed to its promises, yesterday.

And promptly read the whole thing.

As expected from a Booker Prize winner, The Cat's Table is beautifully written and (I'm getting ready to use one of my most over-used words, here) compelling. I couldn't put it down. It is, in fact, the reason I took a bath, yesterday, in lieu of a shower: it's difficult to read in the shower, but oh so easy in the bathtub.

I sacrificed hair hygiene for a book! That is not a common occurrence.

The story follows a young boy (Michael) and two other boys who are traveling alone from present-day Sri Lanka to England. They get into all sorts of trouble, on board, and are charmed by the other passengers assigned to sit at the dinner table of least prominence in the dining hall, also know as the Cat's Table.

Over the course of the journey, the reader discovers that the people on board are not what they appear to be: the lonely old (not so old) spinster is most likely an agent for MI5, and the kindly botanist who has a crush on Michael's cousin smokes pot in the hold of the ship. There is a prisoner, on board, who the boys observe secretly when he comes out from the hold at night for his daily walk above-deck, dressed in leg-irons and manacles to prevent the criminal from escaping.

The effects of the journey stay with Michael, later in life, and the story is told from his vantage point as a grown man with one failed marriage behind him, who still clings to the idealized person of his older female cousin, Emily, who perhaps had the greatest secret of everyone on board.

I recommend it. Highly.

On the strength of its impression on me, I even ordered The English Patient (also written by Ondaatje, and winner of the Booker Prize). It should be here in a couple of days, by which point I'll have worked my way through Eugenides' The Marriage Plot, which I'm also enjoying. I'll give a review of it, after it's finished.
Posted by Strained Consciousness at 12:11 PM No comments: 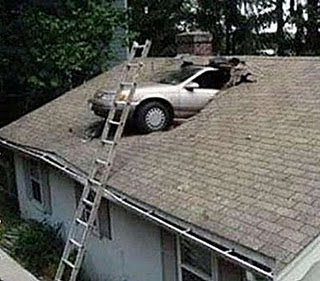 As I cower in the corner after that chastising, I'm coming up with a bazillion-willion-Brazilian excuses for why I haven't written in almost a month.

The main one is this: I'm doing this thing called "grad school" which is like having two full-time jobs, so there's very little time or energy left for blogging.

School is going well, however, as we near the end of the semester. Granted, my life is about to become insanely busy, but that can't be helped. "Pencils down" on our semester design studio projects is at midnight on Nov. 27, so until then, I will be in ohmygodIhavesomuchtodoIthinkI'mgoingtodie mode. My studio-mates and I recently began joking (sort of) about injuring each other so we could maybe have more time to finish the projects (or at least have an excuse for not finishing).

Other than the fact that I will have no life outside of school until Nov. 28 at 5:00 pm, things are going well. My migraines are still pretty rare, I have been approved for health insurance through the Texas Health Pool insurance program (!), and I ordered the new iPhone 4s, which should arrive today, along with its attendant accessories and a 6-pack of socks I ordered from Amazon.

Shine on, you crazy diamond.

On the downside, that health insurance costs $600 per month, I owe Dr. Pain $1,738.33 for Botox injections, and I was in a fender-bender last Wednesday while sitting in line to get iced tea at Chik-Fil-A. I only just reported the accident, today, though, because I've been so stressed out about other things. Monday morning, I'll have the (incredibly minor) damage assessed at a local car dealership to see how much it will cost to fix it, and to discuss what should happen if hairline cracks appear after a couple of months, because that happened in another little wreck I was in years ago, when I didn't see any damage initially.

I have learned my lesson, dear reader.

Now, if you'll excuse me, I have gobs of work to do, designing an underground research facility in Death Valley so I'll be able to turn it into a physical model by Nov. 27, at midnight.
Posted by Strained Consciousness at 3:08 PM No comments: