I have a project due Monday at noon. I have two presentation boards almost completed, and part of a model to finish. For once, I managed to cut all the pieces for my model well before the date of presentation, and my almost-completed model is awaiting its context (a.k.a. the site) and possibly a bit of sanding before it is finished.

Possibly a bit of sanding. Possibly not.

What concerns me, right now, is the fact that I am about to import a model from a dumb yet wonderful program called SketchUp (it's free, by the way) into Rhinoceros so I can render it with a fancy schmancy expensive program called V-Ray.

Okay, so it wasn't that expensive (the student version cost $250. Yes, I actually purchased it. Legally), but every penny counts when you're a student.

When you spend upwards of $1000 per month on medical bills, every penny counts even when you're not a student.

I'm nervous about rendering, so I'm putting it off. Procrastinating.

I have no experience with rendering. I don't know how to add lamps/lights to my model to make it look its best. I don't really know much about textures and creating them. It's all confusing, and there are so many variables.

So I'm writing a blog post. The first in two weeks by the looks of it, and listening to thrash-metal, and pondering calling it a day and going to sleep so I can wake up early tomorrow morning and get to work feeling fresh as a daisy.

Or fresh as a petunia.

Or some fresh little flower.

Labels: anxiety, grad school, poppies will put you to sleep

The Rhinoceros in the Room 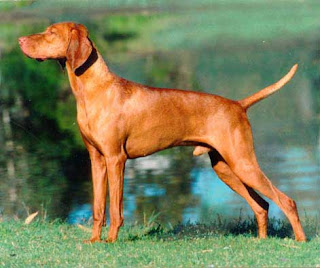 There is a Rhinoceros in the room. And a Grasshopper. And two vizslas.

The vizslas are being quiet.

No. I take that back.

They were being quiet, until I got up to remind the female vizsla (Miss Scarlett) that her sheep toy is an inside toy, and she cannot take it outside. Her half-brother (Butler) decided to try to distract me while his sister made her getaway, but failed. He is now trying repeatedly to climb into my lap.

I am currently dog/house-sitting for my sister and her husband while they take my niece on her first real vacation. It's kind of strange, having this big old house to myself, but also enjoyable. It's a nice break from my own little apartment.

What about the Rhinoceros and the Grasshopper? you ask.

Well, they're both in my computer, which doesn't look like a Rhino could squeeze in, but it's possible, trust me.

Rhinoceros is actually a 3-D digital modeling program. I used it for the first time about 5 years ago, during my last semester of undergraduate study. In all, prior to this semester, I had approximately 2 weeks of experience with it. I eventually gave up on it and used AutoCAD, instead.

Neither of them are easy to learn, but I'm getting there. It's a heck of a gear switch, going from a program like Revit, which essentially does everything for you, to having to write algorithms of a sort for Grasshopper.

My new professors are devotees of parametric architecture: architecture that responds to its context in mathematical ways, in other words. It's the sort of architecture promulgated by the likes of Zaha Hadid and COOP HIMMELB(L)AU. 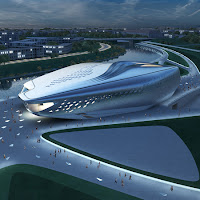 Until I began my Master's work, I frankly didn't understand parametric (aka generative) architecture. The professors I had in my undergrad days were all die-hard modernists. They were obsessed with Le Corbusier and Mies van der Rohe. I admire both of these architects (except for Le C's city planning ideas: those were just bat-s*** insane).

Now that I understand more of the theory behind parametric design, I have a greater appreciation for it and a greater desire to continue studying it.

Time to see if my model has finished generating, yet. (Let's say a little prayer, shall we?) 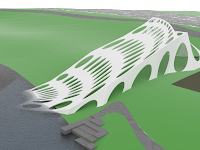 Posted by Strained Consciousness at 7:01 PM No comments: