Getting Settled Into the New Digs 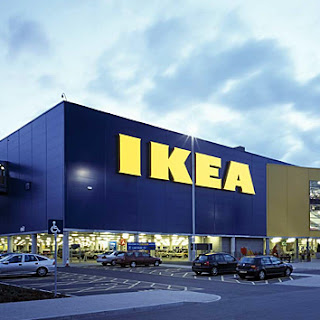 On Thursday, July 28, 2011, I became a Houstonian.
I left my cozy little parquet-floored apartment in fancy-schmancy Highland Park, Texas, and moved a few hundred miles south to the Upper Kirby/Greenway neighborhood of Houston, also in Texas.
There are a lot more mosquitos in Upper Kirby/Greenway than in HP. And they're all in my apartment, I think. Hopefully, if I stay inside (and the weather stripping around the front door is repaired) I won't be providing free room & board to the skeeters much longer.
It's mostly the mosquitos' "board" that concerns me, at present. I slap exposed parts of my body at random just to make 'em nervous, keep 'em guessing.
In honor of the move, I did something I haven't done since high school: I wore shorts. And I believe I will do it again, because it gets seriously humid down here. Really. It's like swimming through medium-warm water when you step outside.
I only brought two bookshelves from Dallas (the other is currently residing in my parents' home), so it's been - interesting - trying to shoehorn all of the books onto the two shelves. There's a lot more double-stacking, this time around (books in front of books, that is). At present, there is still a large quantity of architectural reading material strewn about the Persian rug in the living area, but that will be attended to tomorrow. Maybe.
Oh, and the Persian rug is being a real creep. In other words, it is slowly creeping across the pile carpet beneath it towards the patio doors. I think it's trying to make a break for freedom, but I could be wrong. A coffee table might be in order to slow its westward progress.
I went to IKEA, today, with my sainted older sister. We were lucky enough to encounter a delightful yellow-shirted fellow at IKEA who helped us load a couple of storage units into the boot of my car. Despite what you might assume from the yellow shirt, he was not an employee, but simply a gentleman. And an attractive one, at that.
Back at my apartment - sans attractive blond yellow-shirted men (sigh) - my sister and I ripped open the boxes containing the laminate covered particle board. We opened them right up while they were still in the trunk of the car, then made four trips from the car, down the length of the building (about 200 feet) and into my little apartment, carrying heavy boards and oddly shaped boxes full of screws and bolts and wooden pegs.
My sister went home, and I proceeded to clear some space in which to assemble the monsters. Then, I got down to business. The first storage unit went together beautifully, without a hitch. Obviously, after building one, I no longer needed the directions to construct the other (which will be screwed onto the first in an unapproved-by-IKEA product hack).
I got so far into the process, then hit a snag. The screws that held the bottom to the sides would go in 2/3 of the way, but then the screw head started getting stripped, and my Phillips-head screwdriver wouldn't drive them in any farther.
I was furious! What kind of company makes a product with screws so soft that the heads strip midway through the screwing? Utter crap! I was so seethingly furious that I mentally began composing letters to the president of IKEA about how they should include a warning in regards to the foul language employed during assembly, etc. My main focus was going to be the tendency of their screw heads to strip.
And then, I saw it, and I felt like an idiot.
Somewhere around step #4,659, I was supposed to start using an Allen wrench.
I looked closely at the screw heads, partially embedded in the laminate-clad particle board.
Ahem.
They had indentations in them where tools were meant to be inserted.
The indentations were hexagonal in shape.
Ahem.
Thank goodness I'm an architect and not, you know, an actual construction worker, otherwise I'd be (wait for it...) screwed.
Posted by Strained Consciousness at 11:25 PM 1 comment:

Labels: Apartment, love or something like it, OCDesign, SEETHING RAGE

It's Been A While

Yes, it's been a while, but I've been busy. Busy booking movers for the Big Move to Houston next week (eep!). Busy arranging for telecommunications services for the Big Move to Houston next week (eep!). Busy boxing up my apartment for the Big Move to Houston next week.
Busy wrecking my car and having to deal with insurance, body shops, and renting a car.
NOT for the Big Move to Houston next week.
Tonight's post: AUTOMOTIVE REVIEW.
I rented a Chevy Malibu, today. My usual vehicle is a 2005 Honda Civic.
Cue the disinformation:
You: I thought architects made a lot of money?
Me: HAHAHAHAHAHAHAHAHAHAHA!!!!!!! (crying, wipes away tears) Oh, you're funny! And seriously, man: have you seen my health insurance premiums? Hah. You're funny.
Anywho, I'm currently driving a Chevy Malibu.
It accelerates when you don't want it to (i.e. right before you hit an intersection)
It does not speed up when you want it to (i.e. right as you turn in front of a car, full of confidence because it accelerates when you don't expect it to so it must have tons of unused horsepower, right? RIGHT????).
Its radio decreases in volume whenever you take your foot off the gas, so you can't rock out to "Big Pimpin' " when it magically comes on the radio while you're en route from Container Store to your apartment to finish packing boxes (but you run out of tape, so call it quits after an hour).
Its interior finishes look like a gallon of Neapolitan ice cream just threw up everywhere.
My next-to-final recommendation: don't buy one, unless you need to fit large boxes in the back (while your friend from work kind of bends the boxes so they'll fit; friend from work not included with car rental).
My final recommendation: if you forget to buy more packing tape, just remember: you still have a 1/4 bottle red wine to finish before you go to bed! It's just something else to move!!!
Posted by Strained Consciousness at 9:59 PM No comments: 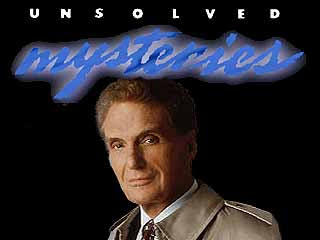 Well, we present to you a mystery that was unsolved for a very long time. Unsolved for years, in fact.
The mystery of why a grammar- and book-obsessed female intern architect suffered debilitating migraine headaches multiple days of the week.
The culprit turned out to be a substance so evil, so devilish, that it worked its way into her everyday life without her realizing it was even there!
And worse, it had an ally that the young woman had come to depend upon daily.
The culprit? GLUTEN.
It's nefarious accomplice? SODA-POP.
Yes, seriously. I ate a bit of something glutenous every day, and when I felt bad, I tended to drink a Dr. Pepper (the carbonation cut down on the nausea). And then one day, I realized that I felt worse after the soda, that my nausea was worse, and that my nausea medicine wasn't doing Bo Diddly about it.
The next day (also migraineriffic) I cut out the soda. Within 24 hours, my 5-day-long migraine was GONE. And when it threatened to come back 4 days later, my migraine "rescue medicine" actually arrested its development.
I was trying really hard to do the paleo-diet thing, and so my wheat/bread consumption was lower than usual. As in, I didn't have any grains (apart from the gluten-free bread at Subway) for almost a week.
Then I decided I needed a snack. I bought a granola bar from a kiosk in my office building, ate it, and WHA-BAM! I broke out in hives and my nose got all stopped up.
Hmmm...
Then, Saturday, I forgot about the whole "don't eat wheat/bread/oats" thing and had a few pieces of bread at Breadwinners. Because their bread is amazing. And I broke out in hives again, and my nose got all stopped up.
So I will now have to figure out a way to not eat bread and wheat products. It's probably the gluten I'm allergic to, since I don't have the same reaction from the gluten-free bread at Subway.
And the employees at Subway know me now, because it's a big deal when they make a gluten-free sandwich. They see me in line and call out, "Hey, Gluten-Free! Same as usual?" Yes, same as usual: turkey and jalapeno jack with lettuce, tomato, and light mayo.
Hold the gluten.
Posted by Strained Consciousness at 6:20 PM 1 comment: