Preparing for the Produce Onslaught

After the New Year, I will begin something called the GAPS Diet. (GAPS = Gut and Psychology Syndrome). For the first month or so, I'll subsist on meat and seafood broths and soups made with meat and seafood broths. After about the third week, I'll be allowed to add in some meat, so long as it isn't barbecued or fried. Roasted or boiled is the only way to go, apparently.

Also, I'll be drinking juices, because they're super-important in making sure I get all of my nutrients, and they also help with detoxification. Needless to say, these aren't the Welch's Grape Juice variety of juice. No, these are serious, kale- and spinach-based juices meant to alkalize your body, which apparently removes toxins lurking in your liver.

My kitchen has a whopping 12 square feet of counter space, which probably sounds like a lot, but isn't. When you account for the fact that I have hardly any undercounter storage (three narrow drawers and two cabinets with doors, plus a ridiculously tiny and inefficient pantry), and so I have to store my kitchen towels, utensils, and blender on the countertop, it's reduced down to about 2 square feet of prep space.

I am not exaggerating.

In order to do the GAPS Diet properly, I have to make my own juices, and NOT in a blender, because the first two weeks requires a reduction in fiber to give your intestines time to heal. Or something. So I have to get a juicer.

Do you have any idea how expensive juicers can be? Particularly the kind that are required to handle leafy greens?

I'm a grad student. $250 juicers are not an option, at this point in my life. And they're also enormous.

So I bought a smaller juicer - $99, hooray! - that was recommended by a few "juicing gurus" as a good starter model. Hopefully, they made good recommendations.

But then there are those that tell you exactly what their purpose is - and their purpose reaches beyond being mean and green. They have names like "The Liver Scrubber" and "Celery Detox," neither of which conjures happy mental images. 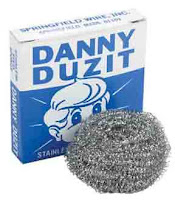 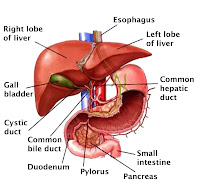 I've also purchased a hand-held immersion mixer-thingy, because they're easier to use than pouring everything into a blender and dealing with all of that nonsense.

So, in the future - the very near future - I will be living on a liquid food diet. Only for a couple of weeks, though, and then I get to move on to mushy over-cooked vegetables. Hooray! Also, some overcooked fruit, too, which should be a little better-tasting, I hope...

So, liquid foods. Well-done meat and seafood. Mushy veggies (I intend to just puree them and pretend I'm a 12-month-old again).

Did I mention I get to drink ginger tea?
Posted by Strained Consciousness at 6:25 PM 1 comment:

High Heeled Pain in the... Foot

Back in the day, I wore high heels to work every day.

At the time, I refused to wear any heel lower than 3-inches, because lower heels were for LOSERS and people with stiff hips.

Then, I worked for Oldsmobile for a time, and I rarely wore heels because of impromptu visits to the construction site, etc. My collection of 4-5 inch heels languished in my closet during this time, getting dusty and going out of style.

Okay, not really, because I'm me, and I store shoes in clear plastic boxes so they won't get dusty, and I tend to buy pretty classic silhouettes, so there's that.

I have a quasi-job-interview on this upcoming Wednesday, and none of the heels in my closet were:
a) appropriate
b) appropriate
c) fitting (as in, they fall off when I walk, for some unknown reason).

I took myself to DSW to see if I could find some replacements.

Nope. All open-toe or stripper platforms, or some combination thereof. The only decent ones I saw had low heels, in the 2-inch heel height range.

So then I went to Nordstrom, and I found a pair of heels that I tried on. They were a stunning 4-inch heel, black patent leather with an asymmetrical vamp that would make you cry tears of joy.

The shoe salesman then brought me another pair, with a lower 3-inch heel, and more padding on the foot-bed. They were better, but still not great, even with all of the padding. Also, they were not patent leather, and I wanted patent leather, gosh-darnit.

A third pair was trotted out. I'd seen them when I was wandering around, but they had a measly little 2-inch heel on them, and I couldn't bring myself to ask the salesman to bring them out. But he did, anyways, and so I put them on with those little footlet things that are just cheap pantyhose with a staple at one end.

They were the most amazingly comfortable shoes I've ever worn in my life. Okay, no, that's not true, but they beat the heck out of the 4-inch heels.

I laughed as I told the salesman I'd take them. "I guess I can't hack it in 4-inch heels, anymore."

Until yesterday, that is. And now I totally feel 30.

Time to get a couple of yappy dogs and a subscription to Martha Stewart Living, I guess. 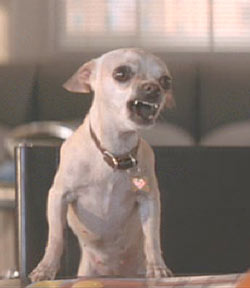 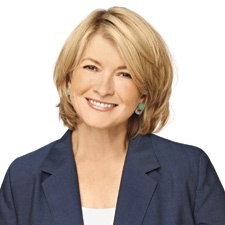 What the Last Post Was Intended to be About

And yes, I am entirely aware that I ended the title of this post with a preposition, but you can all put on your big-girl panties and deal with it. Or, you know, your big-boy BVDs, if you're a fella. Or boxers, if that's your preference.

The last post I wrote wasn't supposed to get into the realm of I'm-going-to-eat-broth-and-sauerkraut-for-months so much. I'm going to claim, for the record, that the sauerkraut hi-jacked the post.

Sauerkraut has a tendency to do that, you know.

The last post was really supposed to be about the current Gentleman Caller. 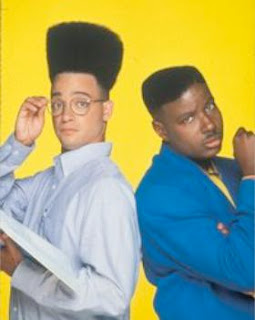 How did I intend to get from my insane food intolerances to the Gentleman Caller?

It's a somewhat circuitous route.

We've been dating for... a few months? Maybe three months? Or four of them?

I'm not really sure, because I'm terrible with dates. With the exception of immediate family, I would not remember any of my friends' birthdays without Facebook, sad to say. And when it comes to anniversaries, I'm hopeless (except for my parents' and my sister's and BIL's).

So, a while. We've been dating for a while.

And we almost didn't start, because THIS GAL had to reschedule the first two dates due to migraines. When he seemed okay with rescheduling, I realized that either:

I've decided to go with option "2" (and he encouraged me to think as much when I brought it up teasingly the other day).

Granted, we had spoken on the phone multiple times - and at length - before we were supposed to go on our dates. I could very well have seen him deciding that maybe I'd changed my mind and abandoning the whole idea of going out with me, though, rather than continuing to reschedule dates.

And, yeah, I've had to reschedule some since that time, too, because migraines - like s**t - happen.

Here's the thing: we most often go out to eat for our dates, and that can be tricky for me. I have yet to have to come up with a location for a date, though, because he always checks the restaurants' menus to make sure there are gluten-free choices for me. And if there aren't any explicitly gluten-free options for me, he calls the restaurant to see what they have.

Correct me if I'm wrong, but that seems to me to be a sign of someone who might be worth keeping around for a while.

And that's how my last post about diet-craziness was supposed to segue into a discussion of the current Gentleman Caller. Because I told him about the crazy diet I'm starting in January, and that I'll probably be even more restricted as to what I can eat, for a while, and his response was: "I guess I'd better get used to eating broth, then. That, and hiding hamburgers in my pockets."

Sounds like a pretty good attitude to take, if you ask me. 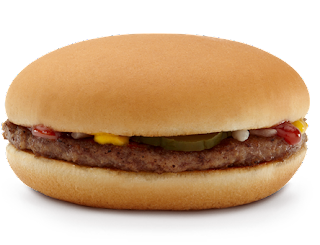 Posted by Strained Consciousness at 4:29 PM No comments:

Labels: Gentleman Caller, girl you have no faith in medicine, love or something like it
Newer Posts Older Posts Home
Subscribe to: Posts (Atom)